Sauvignon DOC Busseben: A distinctive Sauvignon Blanc bursting with a multitude of aromas (elderberry, grapefruit and peach flowers). This is married with a cluster of green notes born from grass, asparagus, dill and finally chalk to provide an elegant finish. Clean and crisp varietal flavours are maintained here from stainless steel vinification.  It’s name, Busse Ben, means bacia bene (Italian) or kisses well in the Friulan dialect.  “A delicate Sauvignon Blanc to be enjoyed with your eyes closed”. ORGANIC – VEGAN

La Mision Verdejo DO: A predominance of yellow with golden hues, and in the aromas of La Mision Verdejo the immediate presence of minerals, smoked and ripe fruit. Unforgettable herbaceous scents of thyme, laurel and fennel. On the palate La Mision is intense, rich and expressive, and with a long finish.  Made from Verdeja, La Mision is made with the fruit from a series of plots of centenary vines growing primarily in sandy soils. Verdeja differs from Verdejo in that its grapes are smaller, its bunches more oval, and it is more resistant to fungus. ORGANIC – VEGAN

Le Gonnare Toscana Vermentino: Macerated for 6 days on the skins, you would be confused into thinking it’s an orange wine.  Medium + body, good acidity and structure.  Quince jelly, lychee, orange peel, lime, rose, apricot yellow pear.  This pairs wonderfully with smoked meats, prosciutto.  Producer’s notes: “I have always found that the most interesting aspect of Vermentino lies in the skin. It is a delicious grape to eat, rich in aromatic notes. So I wanted to vinify Vermentino from “Le Gonnare” vineyard , a small area planted in 1987, leaving the skins to macerate with the must during alcoholic fermentation. A 6-day contact that transferred these aromatic suggestions and a golden color to the wine, without weighing it down. A mouth full and tense at the same time”.  ORGANIC – VEGAN

Primitivo Barrique IGT: This stunning wine from Perrini, of intense ruby red colour opens up with scents of black fruits jam, bitter cherry and spices. On the palate it is elegant, intense and persistent.  Aged 12 months minimum in oak’s barrels and bottle refined in underground wine cellar.  Good with elaborate main courses, roasted and barbecued meat, sausages and ripe cheese.  Serve at a temperature 16° – 18°  ORGANIC – VEGAN

Pinot Nero DOC Nemas I°: Pale red color with garnet notes, very elegant on the nose with notes of small berries. Elegant and complex, the fine tannins make it austere and find a wide range of accompaniments, from cheese to fish and white meat that are not particularly elaborate.  This is from our friend Tom Wordsworth, wine diploma student: Medium(-) body, light and approachable red wine from Friuli. It displays a pale ruby hue with notes of raspberries, red cherry, blueberries and violet along with complimentary nutmeg and delicate tertiary aromas of mushroom underbrush and soil.  ORGANIC – VEGAN

Lo Scudiere Toscana IGT Sangiovese:  The rustic note of Sangiovese emerges on the nose, with intense but always elegant aromas of red fruit and leather; on the palate it is very structured, with a full and decisive taste.  “Made with stem inclusion, the goal of this Sangiovese was fresh acidity, and Fabio Motta hit the mark. The dark fruit in the 2016 Lo Scudiere has a real crunchiness to it. The wine has a mature nose for a Sangiovese, plus fresh acidity.”91 Points – Wine Advocate  ORGANIC – VEGAN

We have a limited number of this mixed case with 3 white and 3 red wines, selected to pair beautifully with a special Christmas Menu.  These are all organic and vegan wines and are made by our excellent small independent producers, and we know for sure you will love them as much as we do!

We met Fabio Motta a few years ago on one of the regular Vinitaly trips, he had just started making wines and we were intrigued.  His first Pievi was a hit with us and our customers.  This year was high time to import his wines again.

Driven by a great passion for wine and for the work of the artisan “vignaiolo” and with a degree in agriculture and five years of experience working at Michele Satta’s winery, I embarked on my own journey into the world of winemaking. My first vineyard, Le Pievi, is nearly twenty years old and is perfectly situated in the foothills of Castagneto Carducci.

The vines stretch over about 4 hectares of land with excellent soil. Shortly after beginning I purchased another two-hectare vineyard that produces top-quality white grapes, (mostly Vermentino) in the “Le Fornacelle” area.

In 2012, I also purchased the vineyard Le Gonnare, whose name means “washerwomen“ (because it is located at the foot of an ancient waterway where women used to wash clothes). Le Gonnare, a north-oriented vineyard, is composed of torrential deposits, full of ancient fossils and deep and rich in clay. It is a cool spot, which allows for a very late ripening of the grapes.

In total I work with about 7 hectares- this small scale allows me to handle every little step of the cultivation and winemaking myself. 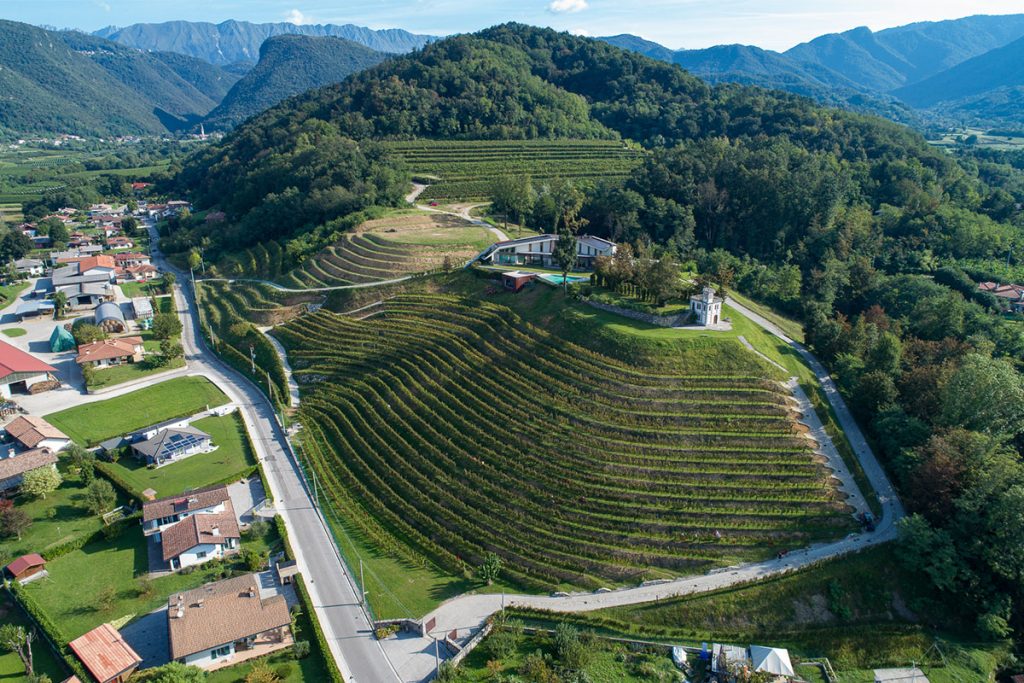 Gori Winery is situated in Nimis, known as Castrum Nemas since the 6th Century, in the northernmost point of the “Colli Orientali” of Friuli. The estate’s vineyards cover 12 hectares on the rolling hills.

Piero Gori, founder of the winery, in 2009 began the realization of one of his dreams. The love and the passion for his homeland inspired the will of combining innovation with tradition. The meticulous attention towards quality and the respect and valorization of the surrounding environment create a modern, family run, winery. 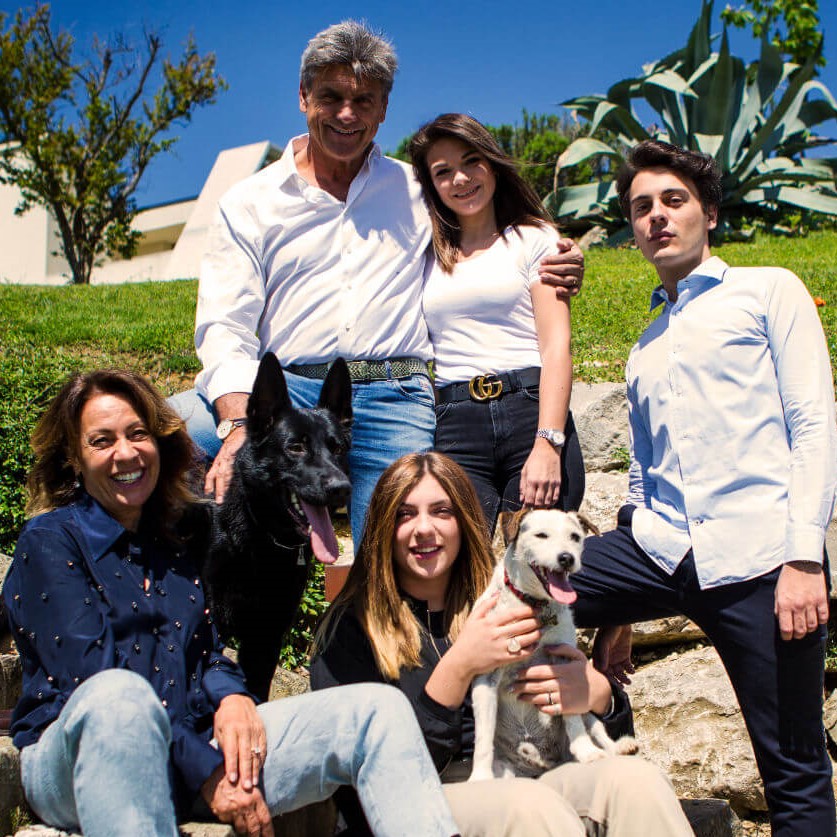 The vineyards were planted in 2009 and 2010 with a specific objective: to enhance in the best way the peculiarities of the individual vineyards in the area.

The mountains defend the area from the cold northern winds and the proximity of the plain favors the nocturnal temperature variations, essential for the development of grape aromas.

The care and attention during the phases of production ensure that the grapes produced enhance their characteristics to the maximum.

The entire winecellar is the most modern and innovative one could conceive; built on three levels, it exploits the gravitational force and avoids unnecessary stress on grapes and wines. 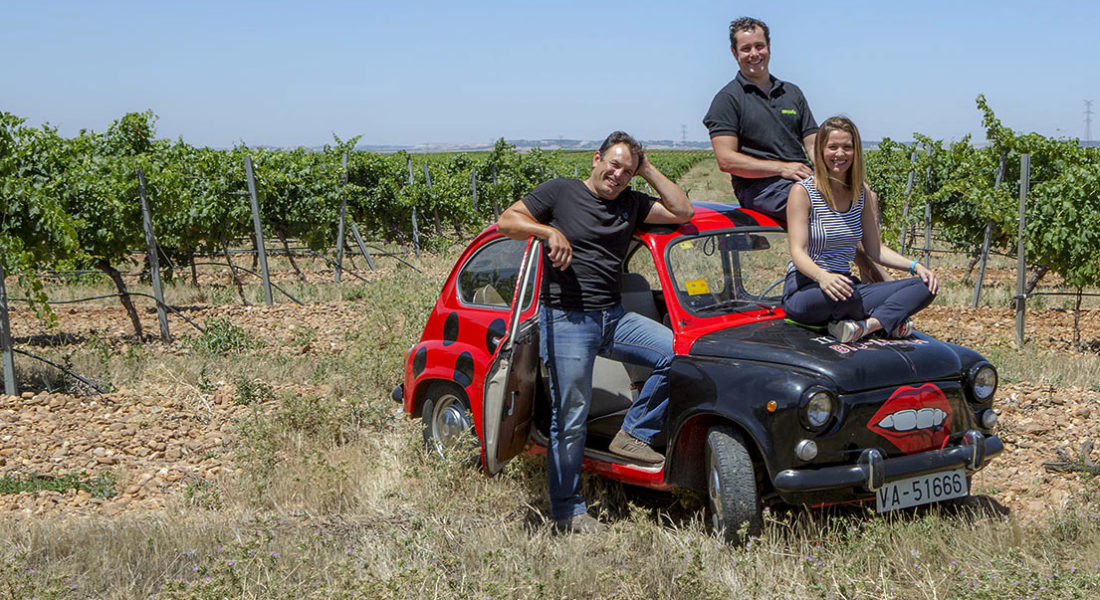 Bodegas Menade may have been founded as recently as 2005, but Alejandra, Marco and Richard are the sixth generation of a longstanding wine family.

The formal family history starts in 1820, when the brothers and sister’s forebears tended vineyards in a wide variety of sites that today form part of DO Rueda. Vinification was effected in an underground facility in La Seca hewn out of solid rock at the beginning of the 19th Century, which we have recently rechristened Menade by Secala.

The site’s original architectural features were preserved and improved it somewhat with a bit of restoration work; and not only – by virtue of its all year round temperature and humidity levels does it provide the perfect sanctuary and resting place for the barrique aged wines and old vintages – and it is an ideal and intimate venue to host small to medium scale tasting events in addition to the many local activities that Bodegas Menade sponsors.

In the early 2000s, the family decided on a totally fresh start not just philosophically ( to respect nature and go back to the old ways) but in a location of their own – with Alejandra running exports and communications, Marco the viticulturist, and Richard the oenologist. 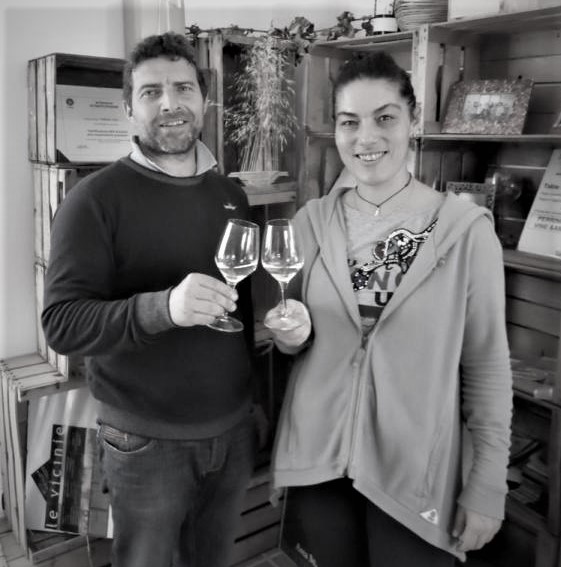 The Perrini family have been making wine for generations in the Salento area of the Puglia region.  For many years most of the grapes were sold to larger companies, as the means and finances to estate-bottle were not available to many of the local “contadini”.

Following some sudden life changing events, Vito and his sister Mila Perrini converted their family’s 50 hectares to organic viticulture in 1993, long before many in the area had even considered it. Demonstrating definite foresight, they built an underground cellar, a costly but necessary investement to make their truly subtle and elegant wines, as opposed to the often too-heavy-handed fermentations of the native red grapes.

Their vines are 30-35 years of age and are spread over a number of plots in the hills and the coastal area around Castellaneta, near Taranto. The vineyards are kept low yield and the grapes are picked by hand and immediately brought to the cellar in small baskets. The wines are then vinified in stainless steel at controlled temperatures for 12-14 days of maceration, then aged in stainless steel and glass-lined tanks. The Perrini vineyard is certified organic.

Be the first to review “XMAS MEDLEY” Cancel reply