“Round and fruity with nice cherry and berry character. Medium body and good balance of acidity and light tannin.” JAMES SUCKLING – 90 POINTS

Soft and well-balanced on the palate  with recurring fruity undertones.

Geranium, pepper and cherry feature on the nose, with some slightly vinous notes.

WINE-MAKING PROCESS:  Traditional, in stainless steel vats for 10 days at a controlled temperature (26°C). Brief period of maceration on skins at the end of the fermentation process (5/6 days).

AGEING:  After harvest, this wine is refined in cement vats for the whole winter before the vinification process, and it is then bottled the following spring.

RECOMMENDED PAIRINGS:  Excellent with all types of cold meats, pasta dishes and meat. 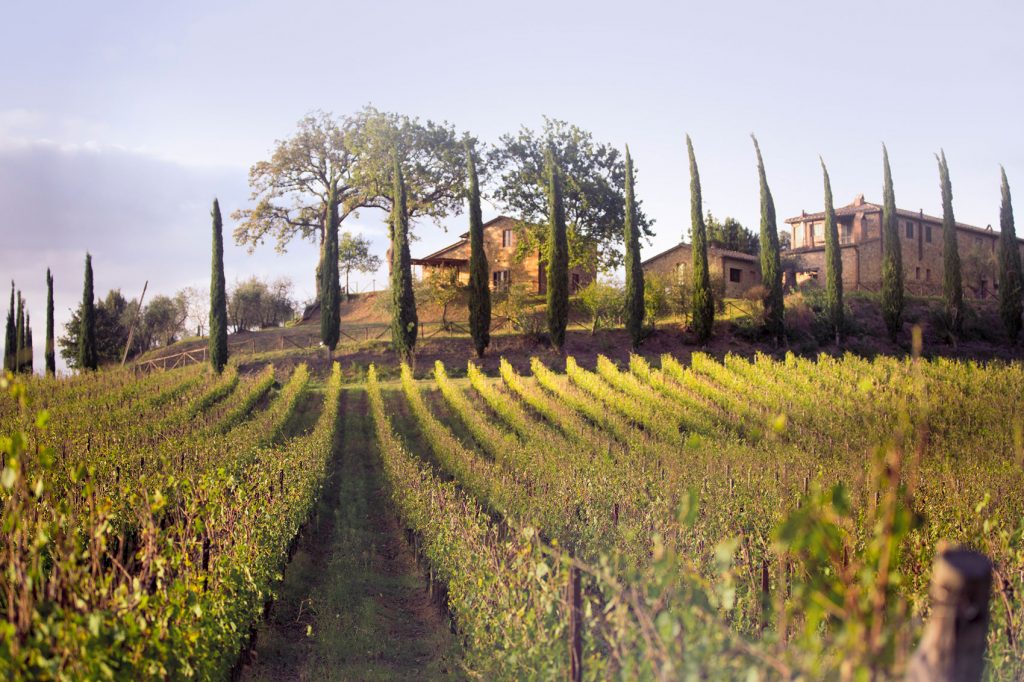 A fresh fruity Chianti.  Soft and well-balanced on the palate  with recurring fruity undertones. Geranium, pepper and cherry feature on the nose, with some slightly vinous notes