The Superiore is made from partially dried grapes and the beautiful vintage of 2016 is clearly evident in this powerful red.

It has more body and weight than the basic Valpolicella.  On the palate you find darker fruits, notes of bitter chocolate, and complexity alongside softness.

Vicentini’s vineyards lie just outside of the Classico zone, mostly in the comune of Colognola ai Colli.  The soils are alluvial with mid-weight clays, largely on ancient volcanic rock.

The grape varieties for the Superiore are a traditional blend: the robust and darkly coloured Rondinella, the noble Corvina and the Corvinone a grape with deep flavours, fruity, sometimes spicy and smooth.  All are planted using a high Guyot system.  Harvest is done by hand. 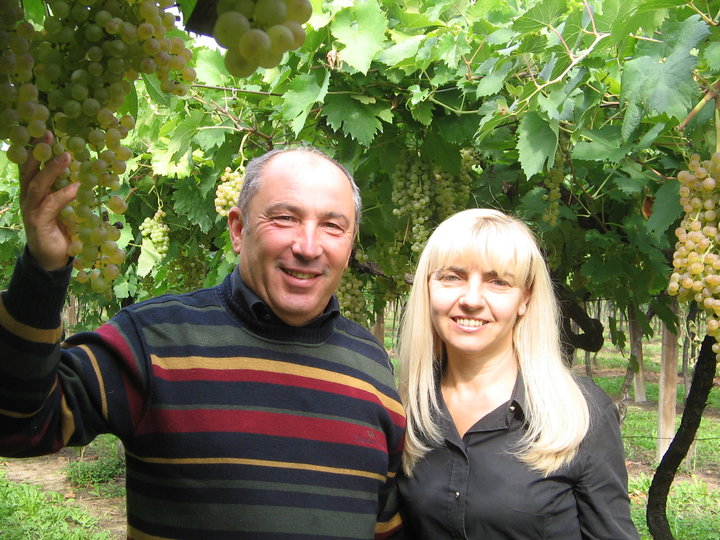 The family Vicentini produce their well regarded wines in the Val d‘Illarsi, in the Soave and Valpolicella region. Agostino works with his wife Teresa and their children Emanuele and Francesca, and they produce wines from three very distinct terroirs, at two very different altitudes. The first terroir is on volcanic rock within the Valle dei Ciliegi (valley of cherries), this land is largely responsible for their Valpolicella and Soave Casale. The second is on limestone in the commune of Terrelunghe, where Garganega and Trebbiano di Soave are grown.

Both of these terroirs are at relatively low altitudes, under 100m above sea level. The Valpolicella, Piazzo di Campiano comes from one of the highest vineyards in Valpolicella, at an altitude of over 400m. The rock is limestone with pitifully thin topsoils, only local red varieties are planted here and this is where Agostino’s father and his family moved away from a few years before the second world war.  It was a very difficult time, where poverty and hunger forced many families to emigrate.

Agostino was early to bottle his own wines and was also the first to return to viticulture in Campiano; those very same hills whose fortunes have now changed, thanks to a combination of climate change and a total transformation in the way the world enjoys wine, high altitude red is now treasured.