Deep gold, dark and rich, with a delicate mouse and persistent perfume of honeyed green apples with hints of lemon, white peach and toasted nuts.

Vintage report: A mild spring resulted in a mid-April bud burst.  The weather during flowering was warm and dry resulting in abundant fruit which begun to ripe in August, developing intense flavour and concentration potential.  Harvest begun in early October and resulted in fruit of exceptional quality.

The Gusbourne vineyards are located on a south facing steep slope (escarpement) in Appledore, Kent and near Goodwood in West Sussex. 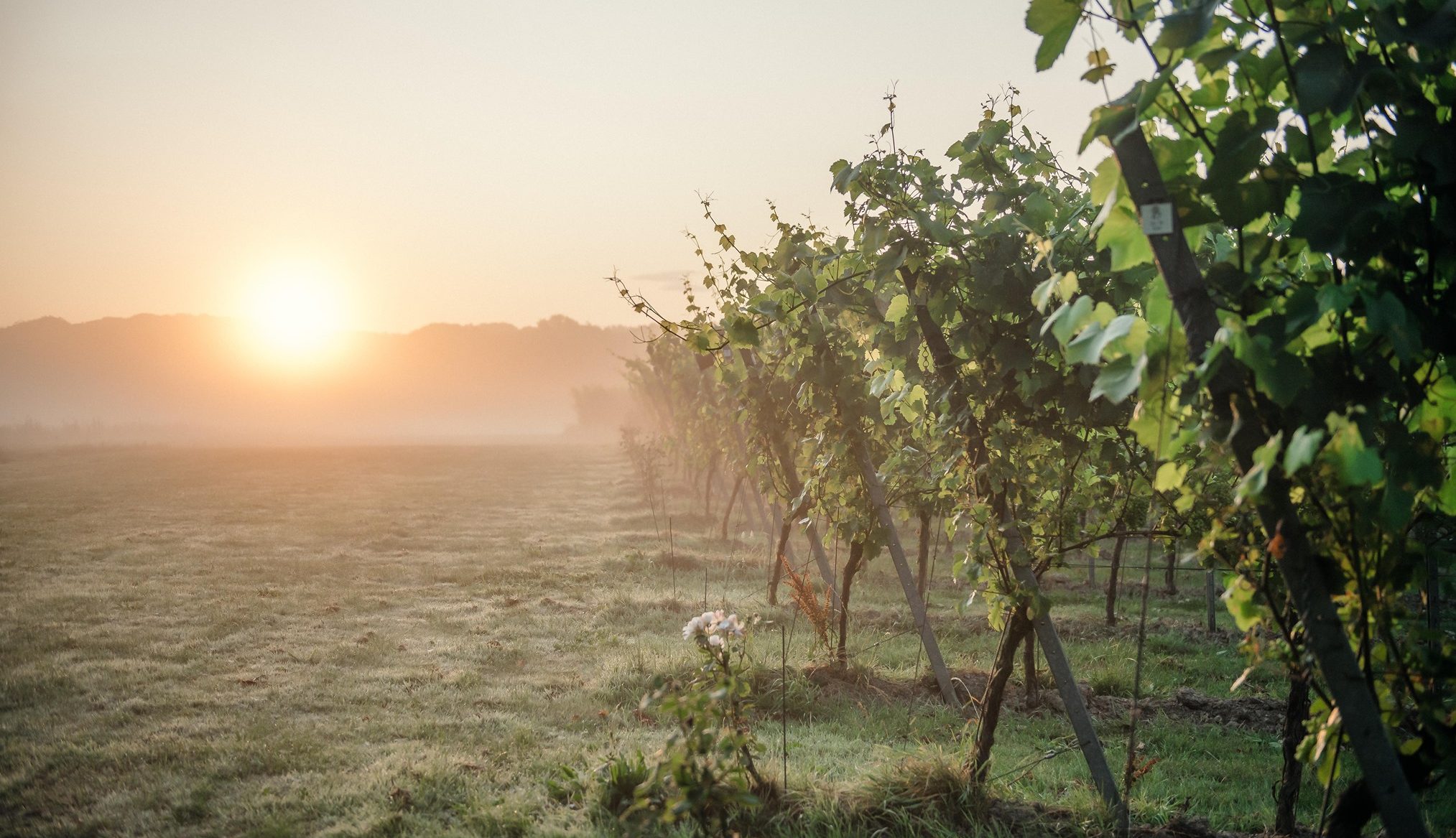 “The original Gusbourne Estate in Appledore, Kent dates back to 1410. The de Goosebourne family crest was made up of three geese and can be found in our local parish church in Appledore – nowadays, each and every bottle of wine crafted at Gusbourne carries a contemporary goose crest in honour of our heritage. This ‘Goosemark’ is a symbol of trust, representing our pursuit of uncompromising quality.

In 2004, Andrew Weeber took over the estate with a clear vision and a single goal: to create English sparkling wines that would stand up alongside the very finest offerings from across the globe. The first vines were planted that year.

Our debut vintages of Gusbourne Brut Reserve 2006 and Gusbourne Blanc de Blancs 2006 were released to critical acclaim in 2010. Gusbourne quickly earned a reputation as a producer of outstanding quality wines, with accolades from some of the industry’s most exacting critics.

A combination of the best age-old traditions with modern technology and cutting-edge equipment allows us to sit comfortably between old and new world winemaking, while at the same time bringing our own exacting quality standards to the process. Respect for the vineyards, the fruit and the natural elements involved in winemaking means that our approach favours minimal intervention.

Be the first to review “Gusborne Brut Reserve 2016” Cancel reply