Fine bubbles and balanced acidity on the palate.

A long time has gone by since then but loyalty to the spirit of Masía Bach’s beginnings has remained unfledged: quality, originality and personality in all its wines and cavas. 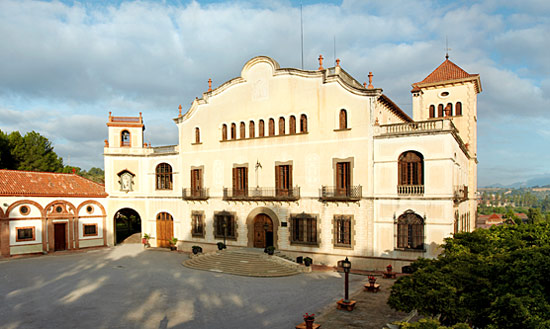 The history of Bach takes us back to 1915 when the brothers Pere and Ramón Bach i Escopet moved to Sant Esteve Sesrovires from Barcelona and purchased the “Can Estrada” estate, which dates back to the XVIII century. Thanks to the revenues they obtained from the cotton trade, the Bach brothers were able to invest in starting up a winery which they gradually extended, buying up new plots until they amassed a total of 365 hectares. The 1920 harvest, made up of the Xarel·lo and Macabeo varietals, marked the long awaited inauguration of Bach.

The first Bach bottles were present at the mythical 1929 Barcelona International Exposition.  However, the Civil War dampened part of the splendour achieved by Bach in the roaring twenties and brought tragic consequences upon the family: Ramón was killed and Pere, who outlived the fighting, was very much devastated by this loss. A few years later, in 1942, he decided to sell the estate.

The winery changed hands once again in 1975 when it definitively came under the ownership of the Raventós family, which acquired the estate and incorporated Bach into its wineries group.

A long time has gone by since then but the spirit of the Bach brothers has been faithfully maintained right up to this very day: quality, originality and personality in all its wines and cavas”.