NEW VINTAGE – Pale straw yellow colour with greenish hues. On the nose it presents persistent notes of white flowers, lily, almond and grapefruit. On the palate Monchiero Gavi di Gavi is elegant and smooth, with fresh and balanced components and a pleasant acidity.

The idea of producing Gavi di Gavi was born in 2009 in collaboration with a classmate of Francesco Monchiero from the Oenological School of Alba: he has a family winery and vineyards in Rovereto di Gavi, in the Province of Alessandria, and he runs a 6-hectare vineyard dedicated to the production of our Gavi. Francesco instead deals with the vinification of the grapes and the subsequent aging of the wine in our own cellar: from the 2010 vintage, Gavi di Gavi has come to form part of the range of wines of Monchiero Carbone.

The setting up of the Monchiero Carbone winery can be traced back to the many members of both families who earned their livelihood as vine-growers in the past. The Monchiero Carbone approach is quite different. They believe in keeping alive the local culture and history handed down to them through the generations, in seeking to raise awareness of the quality of small volume productions, in diversity, and in wines which are produced on single hillsides or even on single small plots of land, and are capable of stirring unique emotions.

Vinification: The flower wine obtained after squeezing in a pneumatic press is left to age of selected yeasts for fermentation, which takes place in steel tanks at a temperature of 15 C for about 2-3 weeks.

Aging: The wine is aged in tanks for four months, during which it is thoroughly stirred by lees stirring every 15 days for the yeast to remain in suspension. 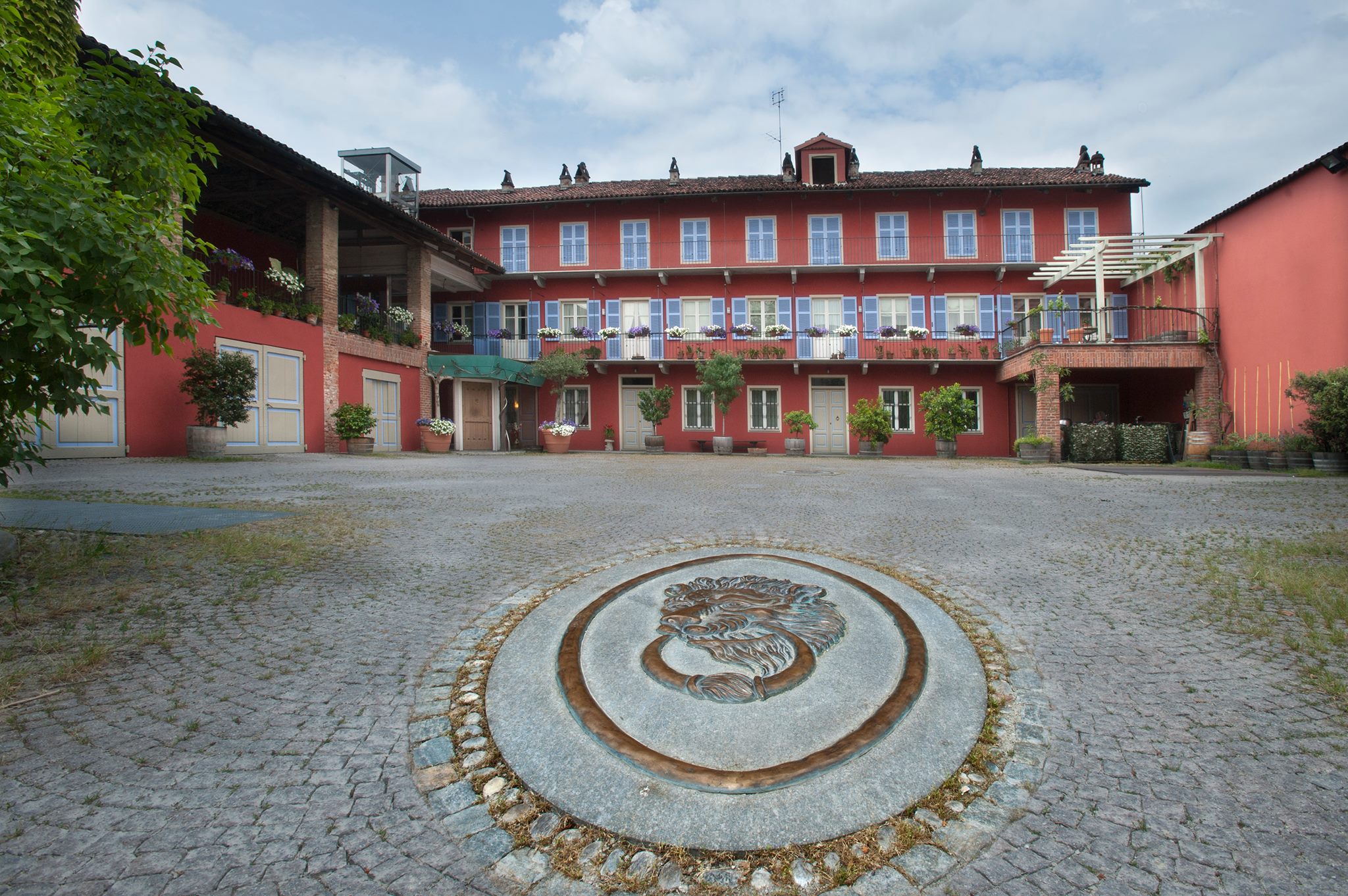 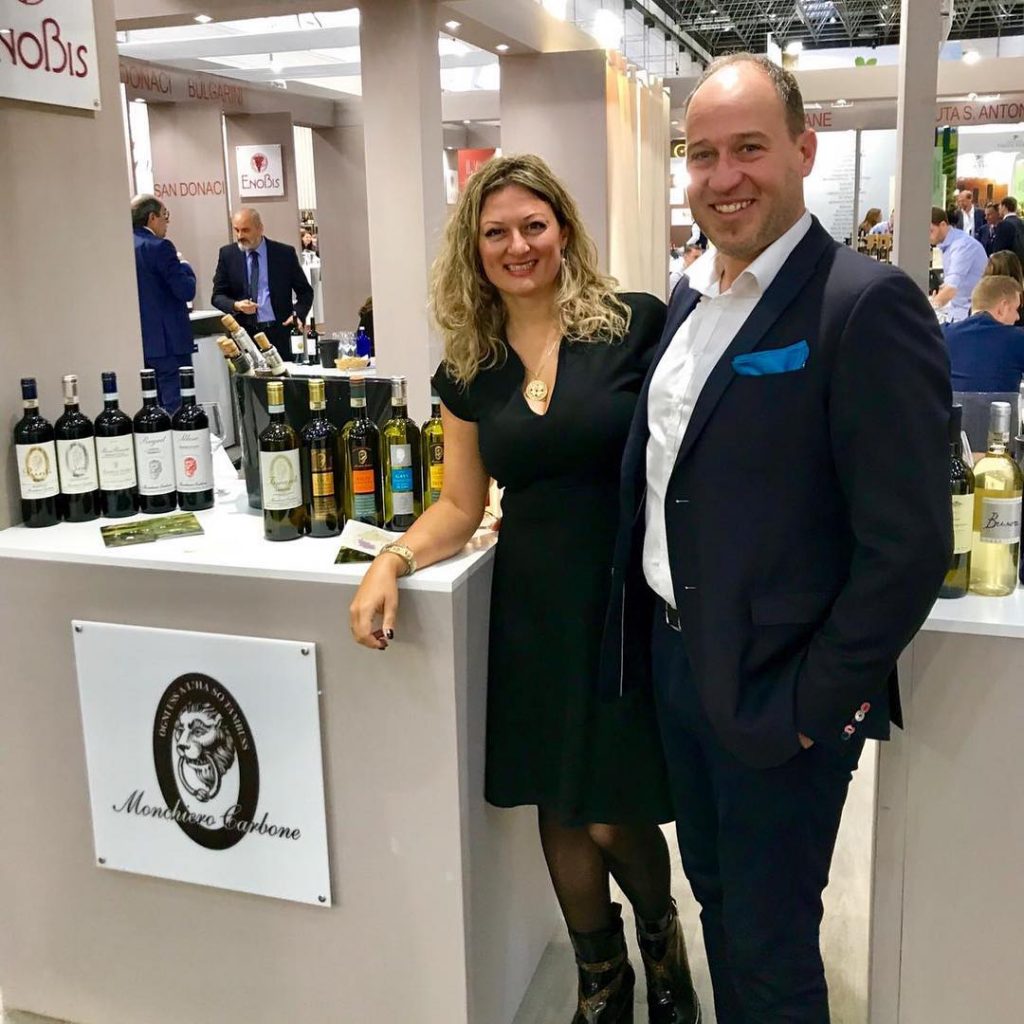 The Monchiero Carbone farm is located in Canale, in the centre of the village, in a nineteenth century stately farmhouse, which hosts in its basement a large and fascinating historical cellar, untouched for over two centuries.

The company owes its name to the union of two families through the marriage between Marco Monchiero and Lucia Carbone, and the consequent merging of the vineyards inherited from both. The origins and the connections with winemaking are, however, to be found in the past, among the members of the two families.

It was 1987 when Marco Monchiero, a nationally renowned oenologist, and his wife Lucia Carbone decided to buy the large farmhouse in Via S. Stefano Roero: they had just returned to the village following the wide-ranging work experience that Marco had gained in important Italian wineries.

In those years his son Francesco Monchiero, born in 1975, had already a very clear vision: “when he grew up” he would have wanted to produce his own wines by creating his own brand: it was in fact almost taken for granted that the son of a famous consultant oenologist, who grew up in wineries and vineyards all over Italy, could one day undertake his father’s studies and career.  Less predictable that he would do so independently, creating his own company from scratch, involving his parents in the project.

This is how the history of the Monchiero Carbone winery began, thanks to the entrepreneurial Francesco who vinified his first vintage in 1990 with the help of his father Marco: there were only 2000 bottles of Roero Superiore for his thesis, in addition to those of Barbera Monbirone, produced during the two Piedmontese “giornate” (7620 meters), the only handkerchief of land inherited from his grandparents.

But it was only with the 1995 vintage, as soon as he finished his studies at the Scuola Enologica di Alba, that Francesco rolled up his sleeves and started production, with the determination and passion that distinguish him, and with the absolute conviction of the great potential of Roero, which in the 1990s had not yet expressed its strong territorial identity.

In 1994, the Roero Arneis, the native Roero white, came into the range thanks to Francesco’s  strong passion, although he was aware of the long road of research and experimentation that he would have had to undertake to bring out an autochthonous grape variety that was still quite unknown.  His strong love for this unique terroir will lead him to become the first president of the newborn Consorzio di Tutela del Roero in 2013.

Francesco is supported by the women of the family: his mother Lucia has always taken care of the company’s accounts with diligence and precision, while his wife Lucrezia takes care of business relations and the reception in the cellar. The right-hand man is Danilo Gallino, who has been responsible for managing the vineyards since 2003.