Ruby red in color Chianti La Boncia has a full and intense fragrance with hints of grapefruit and red fruits, cherries and raspberries.

On the palate, the wine is smooth and well-balanced. The finish is characterized by gentle tannins and the persistent flavor of the grapes.

It is a delicious and easy to drink wine that is meant to be drunk young to appreciate its freshness and its bouquet.

Food match : An excellent accompaniment for pasta, both white and red meat, and cheese.

In the 1800s, around the La Boncia farm house, family ancestors found important Etruscan artefacts. The most prestigious museums of the world display them today.

On La Boncia land, the Etruscans (VI century B.C.) were already producing great wine exported all over the known world. Today we dedicate our Chianti to this land, wonderful mother that produced great wines back then, produces them today and will produce them forever. 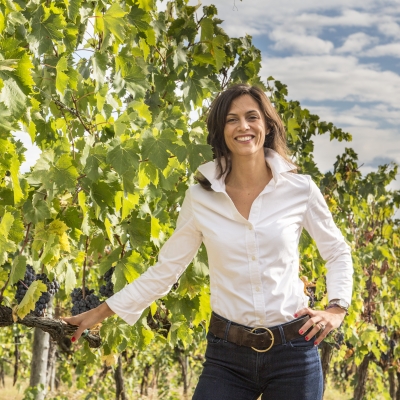 Bindi Sergardi’s origins can be dated back to 1349. Gentlemen, great agriculturists, captains, and bishops, for 23 generations the family has been dedicated to wine making in Siena.

Nicolò, 22nd generation of the family and grandson of Elisabetta Bindi Sergardi, has believed strongly in scientific research of new vine clones and in the identification of vocated soils to enlarge and improve the historic patrimony of the family.

Today, Nicolò’s daughter Alessandra runs the estates of the family. Thanks to her tenacity and courage choices the winery experiences new cellar concepts at the service of quality with a production that is entwined with the authenticity and integrity of its territory.

Bindi Sergardi’s lands spread over 1000 hectares in the province of Siena.
The 100 hectares of vineyards are planted in the important DOCG of
Chianti Classico, Chianti Colli Senesi and Chianti.

Chianti Classico appellation lies in a beautiful hilly area between Siena and Florence. It is the oldest wine territory of the world: Cosimo III de’ Medici, Granduke of Tuscany, legally defined the boundaries of this area in 1716. A black rooster, its symbol, is present on all bottles of Chianti Classico. The Bindi Sergardi estates lie in the south part of the appellation, in the Comune of Castelnuovo Berardenga; given its history enwined with Siena and the proximity to the city, the wine produced in this municipality is considered to be the “most” Sienese Chianti Classico. The Sangiovese grape, thanks to the characteristics of the climate, terrains and altitude, reaches here its highest and unique expression.