For the second year running we had the great pleasure of supporting Dylan’s Restaurant during the Seafood Festival in Anglesey at the end of August. On Saturday Juliusz and Fran left Chester before 7 am with a van full of Fizz and wine to satisfy the great number of visitors that were expected to fill the narrow streets of Menai Bridge.

The Seafood Festival is a three day celebration that showcases the abundance of seafood off the shores of Anglesey.  Head Chef Neil Davies and Michelin star chef Bryan Webb held cooking demonstrations, and the success of last year’s inaugural event provided the inspiration for this year’s festival program.

The festival opened on Friday night with a concert by the world-renowned harpist, Catrin Finch and Anglesey singer Elin Flur. Leo and I arrived on Saturday afternoon to find bustling streets with market stalls offering local produce, live music, art and craft stalls.

David Evans, co-owner of Dylan’s Restaurant along with Robin Hodgson,  believes that the event may become a major economic force for Anglesey with an estimated £315,000 being spent this year in the locality by people attending the festival.

The £2 million research ship, the Prince Madog was another major reason for visitors to step onto the island of Anglesey. Owned by Bangor University the ship has been researching the scallop population in North Wales waters, and was anchored at Menai Pier during the festival.

Juliusz and Fran, alongside Nick and the Dylan’s team, worked their cotton socks off in the Dylan’s Marque from dawn to dusk, ensuring that the champagne and prosecco were always ready and chilled, and of course the wines and soft drinks too!

Breakfast on Saturday morning was good for some: Champagne and oysters, lots of them, at 9 am!

Looking forward to next year! 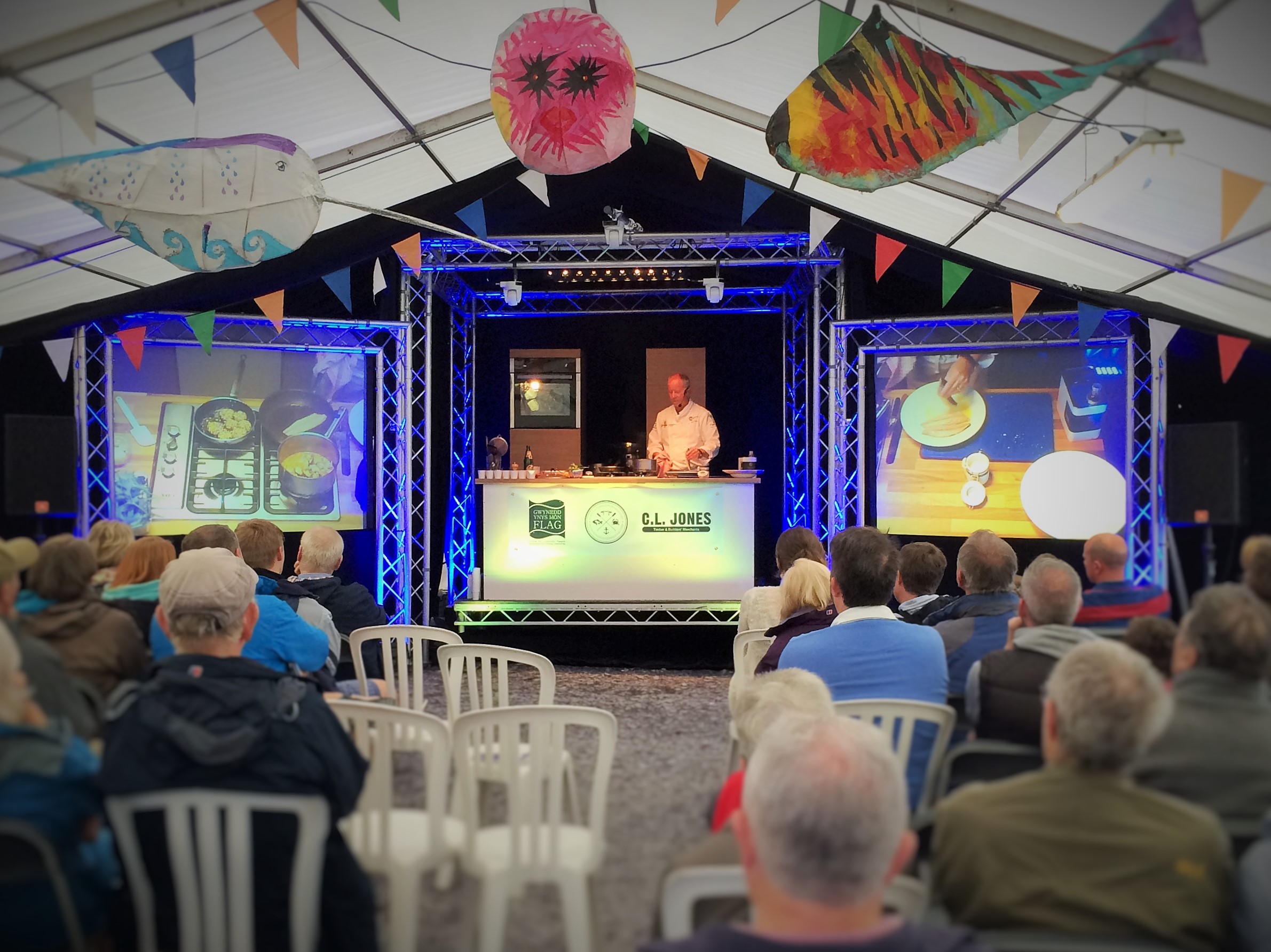 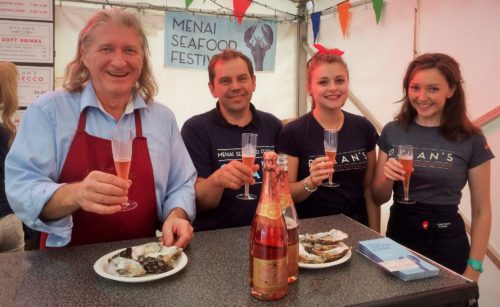